Most of us are content using a smartphone to listen to music, and indeed for the average listener, a phone gets the job done perfectly well. However, audiophiles and advanced users might not be satisfied with this option, especially considering that more and more smartphones today are omitting the 3.5mm socket. Most people will agree that high-resolution audio is best enjoyed on a pair of wired earphones or headphones.

That’s exactly what high-resolution audio players such as the Shanling M0 are for. This palm-sized portable music player offers wireless and wired connectivity, so you can use it with your best headphones or earphones. What’s more, this ‘Chi-Fi’ product is priced at just Rs. 8,999 — the ideal entry price range for anyone looking to give the audiophile life a try. We review the Shanling M0 to find out if it’s good enough to be your first high-resolution audio player.

The most striking aspect of the Shanling M0’s design is its size — this audio player is small enough to fit in the palm of your hand. Its size and shape, as well as the rotating dial on the side, make the M0 resemble a smartwatch, albeit one without straps. The device isn’t very slim though, and is a fair bit thicker than the average smartphone. However, it’s still extremely pocketable and portable, and you won’t have any trouble finding somewhere to put it whether you’re using it or not.

The Shanling M0 has a metal unibody with a 1.54-inch touchscreen on the front. The only physical control on this audio player is the power button on the right, which doubles up as a rotating dial to adjust the volume. The bottom of the audio player has the 3.5mm socket and a USB Type-C port (for charging and transferring files), while the left has a slot for a microSD card. The slot is protected by a massive flap that we found quite hard to open.

The Shanling M0 has no internal storage, so you will need a microSD card to use it. Up to 512GB cards are supported, and the sales package does not have one included. You do get a USB Type-C cable for charging, though. The device supports various file types including compressed formats such as MP3 and WMA, as well as high-resolution formats such as FLAC, WAV, DSD, and M4A, at up to 32-bit/ 384kHz resolution.

There are three ways to use the Shanling M0 — with wired headphones, with wireless headphones, or as a USB digital-to-analogue converter (DAC). The device has a 32-bit ESS Sabre ES9218P quad DAC for use with wired headphones, while wireless ones can benefit from Bluetooth 4.1 and support for the LDAC and Qualcomm aptX codecs. The Shanling M0 has a 630mAh battery, which ran for around 11 hours using a combination of wired and wireless connectivity in our experience.

The Shanling M0 runs on MTouch OS, a custom user interface optimised for the small 1.54-inch screen. Navigating through the UI relies on gestures — swipes and taps are enough to get around. While it was initially confusing to navigate the interface, we eventually got used to it and were able to quickly get to wherever we needed to be. You can customise various settings on the device, scan through your track list, and even set the time with the in-built clock.

The Shanling M0’s form factor is its biggest attraction, and perhaps the biggest reason a lot of people would buy it over a competing high-resolution audio player, but there is more to this device. It serves as a capable player, covering the basics when it comes to connectivity and file format support. We primarily used the Shanling M0 with the Whizzer Kylin A-HE03 earphones and Sennheiser Momentum On-Ear headphones, as well as the OnePlus Bullets Wireless earphones to test Bluetooth audio. We also used the Shanling M0 as a standalone DAC with a MacBook Air.

As is expected from a decent audio player, the Shanling M0 does its job by simply, well, doing its job. Very little flavour is added to the sound by the audio player, and we found that the qualities and characteristics of the headphones we used were largely allowed to shine through. What the Shanling M0 does succeed in doing is adding both gain and volume with minimal distortion. 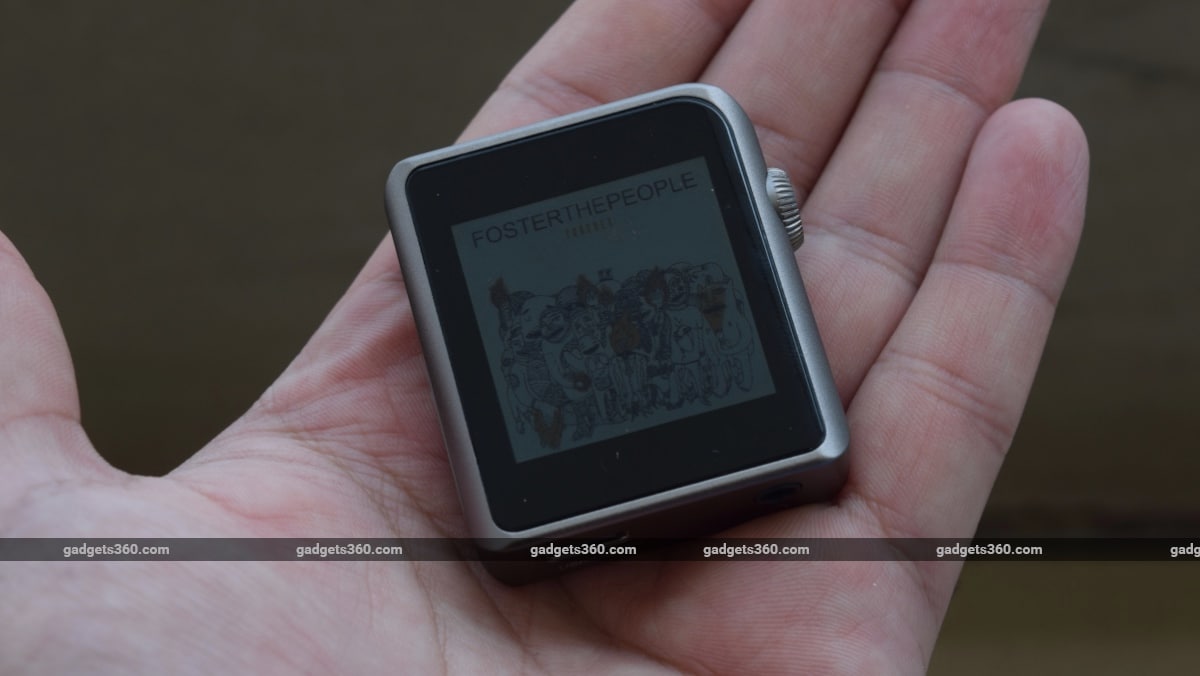 As expected, the best results were with high-resolution audio tracks. Listening to Foster The People’s Call It What You Want in FLAC format with the volume set to the 70 percent mark, we were impressed by how loud and engaging the Whizzer Kylin A-HE03 earphones sounded. The punchy tendencies of the earphones were brought out accurately, while retaining the detail and open nature of the track itself. Turning the volume up beyond 70 percent definitely made the sound too loud, but it was surprisingly devoid of audible distortion.

We then moved on to Pharrell Williams’ Gust Of Wind, which we listened to in both FLAC and MP3 file formats. There was an audible difference in quality when listening to the FLAC version, but the MP3 version didn’t sound poor by any means. Part of the credit for this does of course go to the excellent Sennheiser Momentum headphones that we used, but the Shanling M0 also does an excellent job of digital-to-analogue conversion and is capable of driving this headset to the best of its abilities.

While the Shanling M0 didn’t quite draw as much out of these headphones as the more expensive Fiio M6, it certainly offered a significant improvement over the performance of the Apple iPad mini (2019), which typically serves as our everyday audio source device. The in-built DAC and amplification make all the difference here, and support for various file formats also helped in making this the ideal starter device for audiophiles.

We also tested the M0’s wireless connectivity, using the excellent OnePlus Bullets Wireless. While it’s nice to have the option to connect wirelessly, this isn’t the ideal use of the Shanling M0. Sound quality was largely comparable to that of our OnePlus 7 Pro (Review), which goes a step further with support for the aptX HD Bluetooth codec and the ability to play music from streaming services. If anything, we found it easier and better to use our smartphone with wireless headphones and earphones than the Shanling M0, but the functionality exists for those who want it.

Finally, we used the Shanling M0 as a standalone DAC with our Apple MacBook Air, which we found quite useful as an additional feature. Sound quality was improved significantly thanks to the use of the better DAC on the device than the basic one you get on the laptop. We found the sound to be louder, cleaner, and more detailed when using the M0 with the laptop, but the differences were once again not quite as stark as with the Fiio M6. 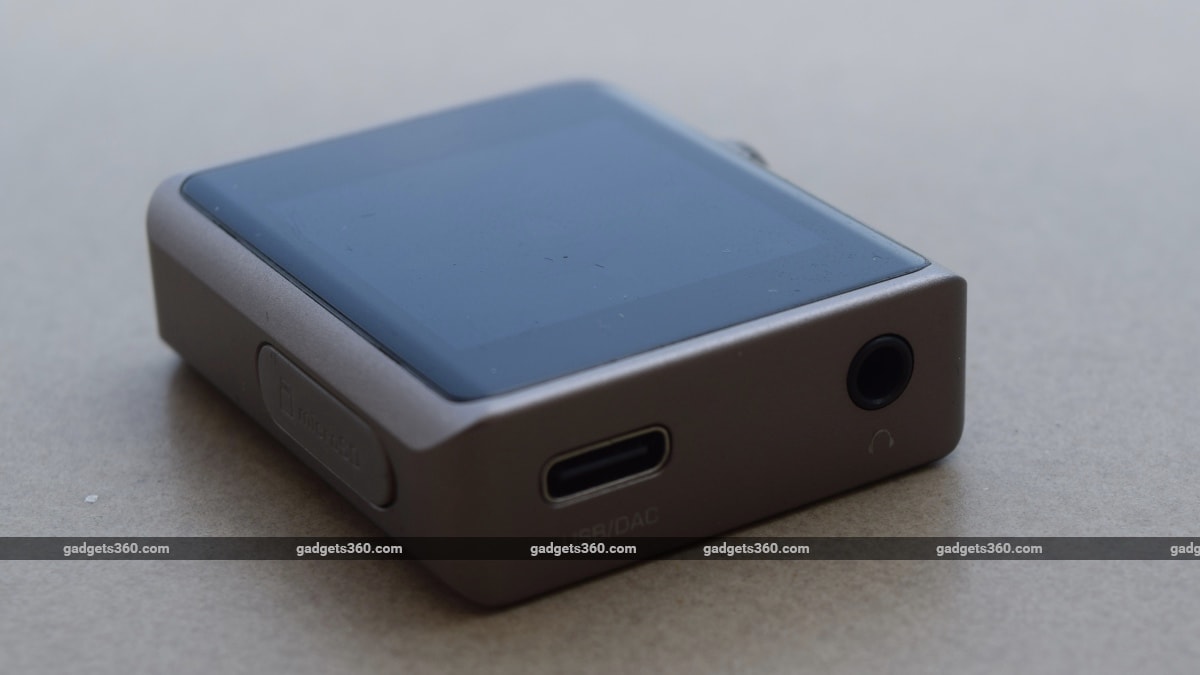 While the Shanling M0 is a decent audio player, its true USPs are portability and price. It’s ideal as both a starter device and as a convenient option for experienced audiophiles who might also have better equipment on hand. It’s easy to use, has decent battery life for a product of its size, and gets the job done.

If you’re comfortable listening to music on your smartphone with wireless headphones, the Shanling M0 isn’t for you. However, if you have good wired headphones and appreciate the benefits of high-resolution audio (or at least want to try), the M0 is the most pocketable and pocket-friendly way to get started.